Sunday, May 7 3:00 p.m.  Organ “Plus” concert – Pipe organ with Instruments presented by Members of WorcAGO 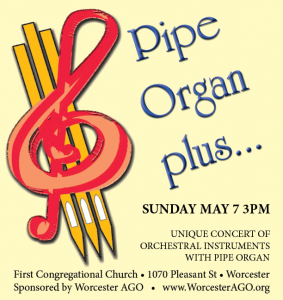 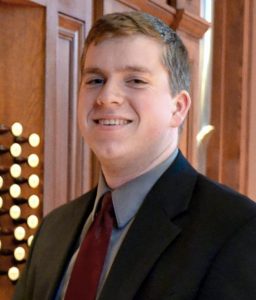 A native of Cincinnati, OH, Mitchell Miller is currently a fifth-year student at the Oberlin College and Conservatory, pursuing a Bachelor’s of Music in Organ Performance and a Bachelor’s of Arts in German. He studies organ with James David Christie, harpsichord and continuo with Webb Wiggins, and piano with Jonathan Moyer.

Tuesday, March 21 at 7:00 p.m.    (Co-sponsored WorcAGO)     Trinity Lutheran Church, Worcester
Worc AGO member Mark Mummert celebrates the 332nd birthday of J. S. Bach with a program of organ works by the master. The program includes the Toccata, Adagio, and Fugue in C Major, portions of the Orgelbuchlein, and the Great Eighteen Leipzig Chorales, and his ClavierUbung III. Everyone can help blow out the candles on the birthday cake following the program in Jeppson Hall. The program is part of the Music at Trinity series 2016-2017 NOVUS VETERIS: The New Old. The concert is free; and offering will be received.

Saturday, April 8 10AM-noon Pedals Pipes and Pizza – an introduction to the pipe organ 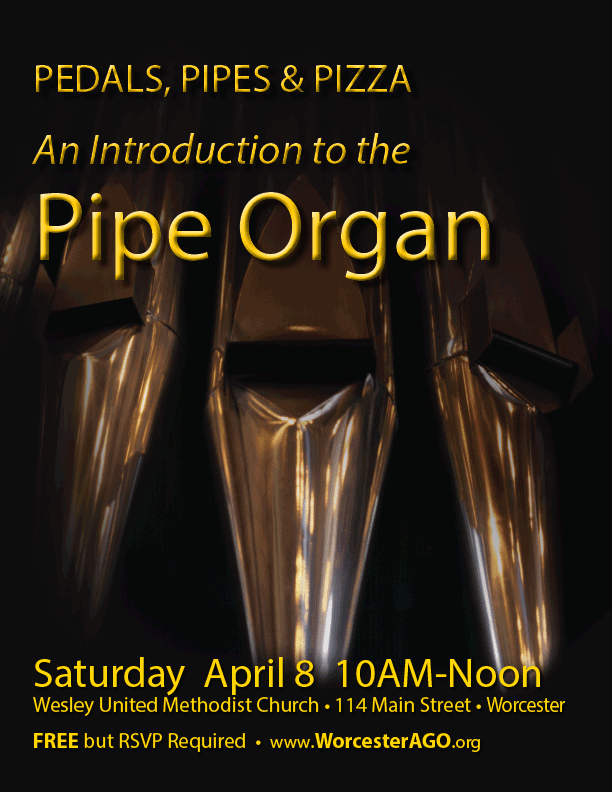 Come see, hear, play, and explore the insides of one of Worcester’s great organs. No previous experience with organs is necessary, though we do ask that you have some background in piano playing. A pizza lunch will be provided afterward.